Nowadays, it is essential to understand the environments and context in which mobile users interact with their smartphones. The analysis of millions of mobile sessions by ContentSquare confirms this transformation in use and reveals a key phenomenon: mobile users don’t go online any less during working hours, despite being outside of their comfort zone.

In the life of a mobile Internet user, timing is everything and although the notion of ‘use for pleasure’ does exist on mobile phones, browsing is usually synonymous with a race against the clock.

37% of sessions on mobile phones last less than a minute, a similar percentage to that recorded on desktop. While the length of sessions on both devices has been found to be similar, the way the user interacts with the content on a mobile is very different. 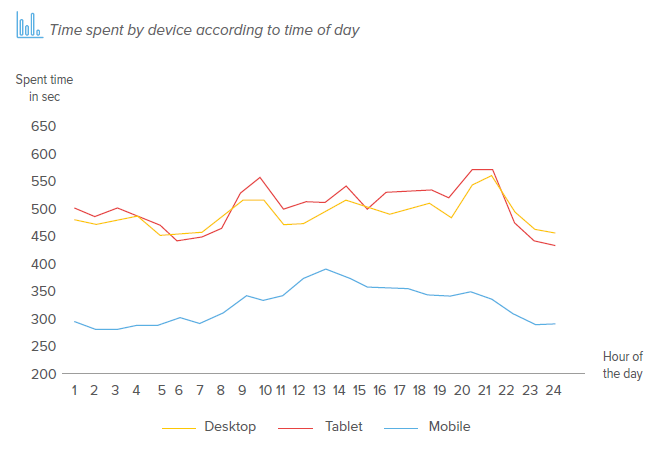 Although mobile users are connected throughout the day, they are inevitably influenced by conditions which often prevent leisurely browsing, such as back-to-back meetings, travel, shopping between meetings, and so on.

…that’s 22% less time than on a desktop or tablet. Analysis of the time elapsed before interaction confirms that the highly impulsive behaviour of mobile users is linked to the environment and not to the type of interaction.

You might think that interactions on touchscreen devices (mobiles & tablets) would be the same, however it seems that the time that elapses before the first tap on a smartphone is much shorter. 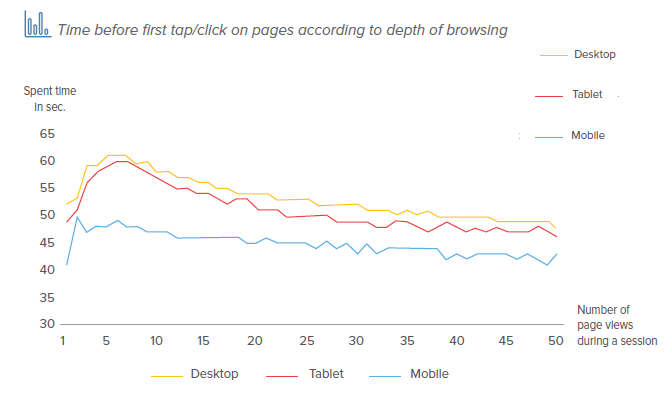 Consequently, the optimization of sites for both mobile and tablet is no longer relevant because the user conditions are completely different. Being on the move is the real differentiating factor !