Born between 1996 and 2010, some are calling the new wave of consumers the Last Generation, others the Homeland Generation, but we at ContentSquare call them something else: Born to shop. And we’ve created a new eBook to teach you step by step how to connect with them.

This is the first generation of digital natives, raised on technology and understanding intuitively concepts and processes the rest of us had to learn through trial and error. 40% of Generation Z already self-identify as digital addicts. Furthermore, this new wave of internet citizens already commands 44 billion annually in the US alone— just from their allowance!

While this new era is just at the tip of the iceberg of their buying power, they’re already savvier and more discerning on the web than their predecessors. User experience is the language of Generation Z, with mobile and web interfaces their natural habitats.

On the other hand, they’re hungry for original, engaging digital experiences, and visit 62% more pages in a session than the rest of the population. Generation Z wants you to woo them, they want you to create a personal, immersive digital world for them to play— and shop— in.

This generation has been largely underestimated or dismissed by the media, but that is a mistake— and a costly one! This choosy, demanding new era already converts twice as much online as the rest of us.

To help you speak the language of Generation Z and capitalize on their buying power by offering a superior online shopping experience, we’ve created an eBook, Generation Z: The Coming of (Shopping Age), your A to Z guide on courting the new generation of consumers. The data is based on an analysis of  over 8 million user sessions from ContentSquare data in 2017 across 7 countries: The US, Belgium, Netherlands, the UK, Germany, France and Spain, across a number of industries.

We offer, in this report, all the steps you need to take to attract and engage Generation Z, with checklists of concrete actions you can implement right now. Forbes already praised our emphasis on telling your brand’s story through user experience— are you ready to roll out the red carpet for your new era of shoppers? They are more than ready for you. 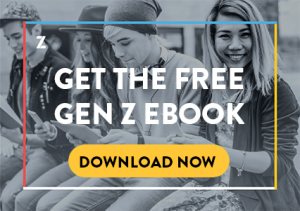 Pola is ContentSquare’s Director of Content. A storyteller at heart, she is fascinated by how the right content has the power to connect people to people, ideas and brands.

12 Tips to Sweeten Up Your CX